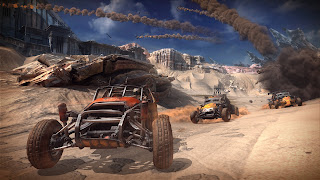 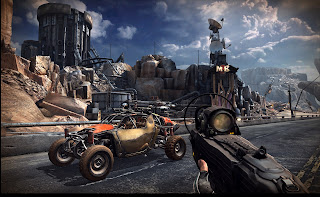 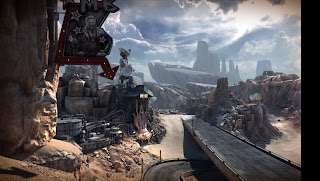 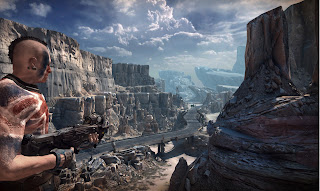 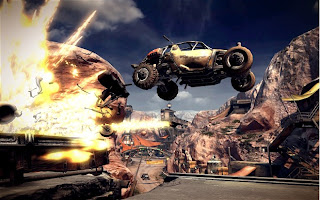 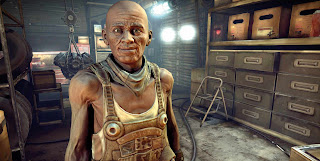 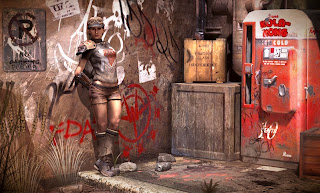 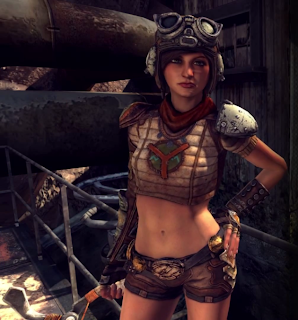 When game design titans id and Bethesda team up to release a new title, you can be sure it's going to result in something innovative, bar-raising and spectacular. Rage doesn't disappoint.

The graphics, driven by id's new idTech 5 engine, are breathtakingly convincing, approaching photorealism, particularly in terms of environments. The gameplay, while linear, is also interesting and varied. Sound, animation and mechanics are also top-notch.

That's why it's puzzling that this title hasn't been greeted with the fanfare and enthusiasm of previous id offerings. It wasn't so long ago that a hint of a Quake or Doom upgrade would have dorks across the globe panting with enthusiasm for years in advance.

Rage is Borderlands done right. Id and Bethesda have taken the latter's cartoony, repetitive, unchallenging content and transformed it into something that brings gaming to a whole new level of sophistication, in terms of graphics if nothing else.

If there are any complaints, they're minor. For one, the use of John Candy as a voice actor is a little distracting. While he's certainly talented and has a superb, rich bass voice, it's damned near impossible to avoid seeing his mug superimposed over the game character.

The other minor complaint is that there appears to be no option for skipping over the dialogues, which can be rather long-winded, and aren't terribly necessary to achieve the game's missions.

Thirdly, unless you're playing on "Nightmare" mode, the game's pretty easy. Enemies announce their presence loudly, and give away their vulnerability with announcements like "He's wasting us all!" They also tend to attack lethargically, giving you ample time to take them out. You're also guided directly to all locations. The game would become much more challenging (and fun) without these verbal and graphic hints, so you'd have to very carefully listen, gauge and explore a little more to reach your goals.

Finally, controlling vehicles with a keyboard is incredibly difficult. This is one game for which a proper controller is a necessity.

That said, the eye candy more than makes up for any minor deficits, with lush settings, compelling artifacts and characters, genuinely frightening monsters and >ahem< attractive characters. The engine is clean as well, running on my single 560 Ti GTX beautifully, at 16X AA without a stutter or drop in frame rates. The lighting effects are also particularly noteworthy, from the sunlight to the explosions and advanced technology.

I hope this title sells well - the teams at both id and Bethesda have put together one Hell of an adventure, and deserve both recognition and monetary rewards for their stellar work.  Unreserved nine out of ten.
Posted by Unknown at 11:49 PM