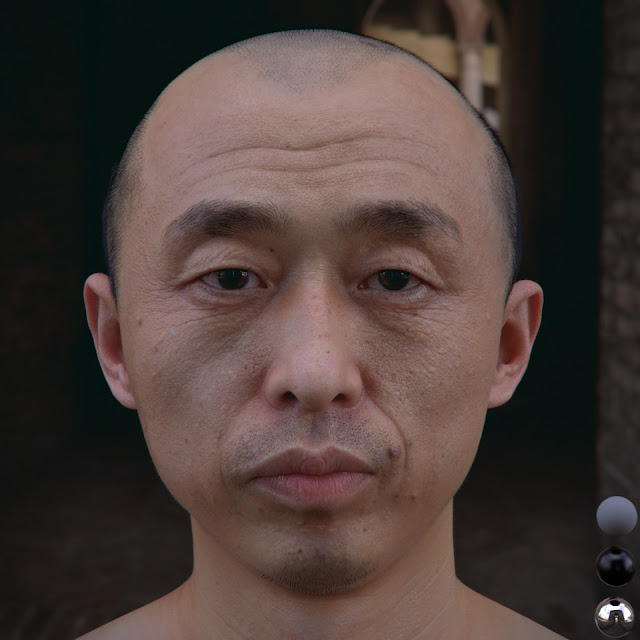 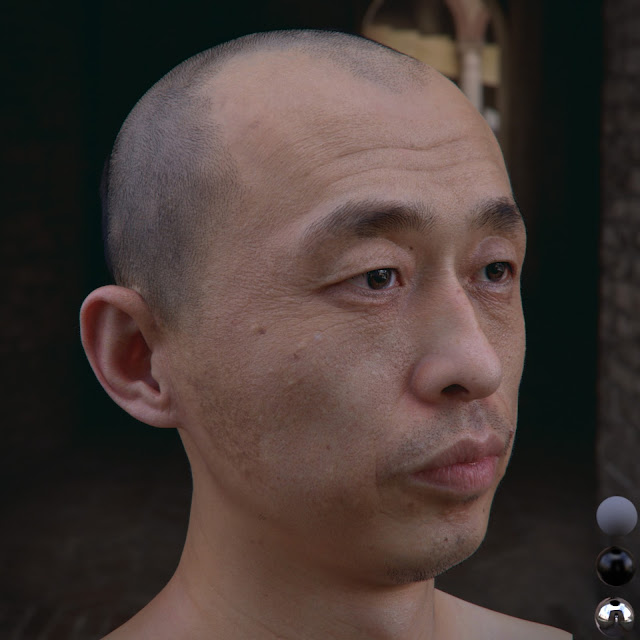 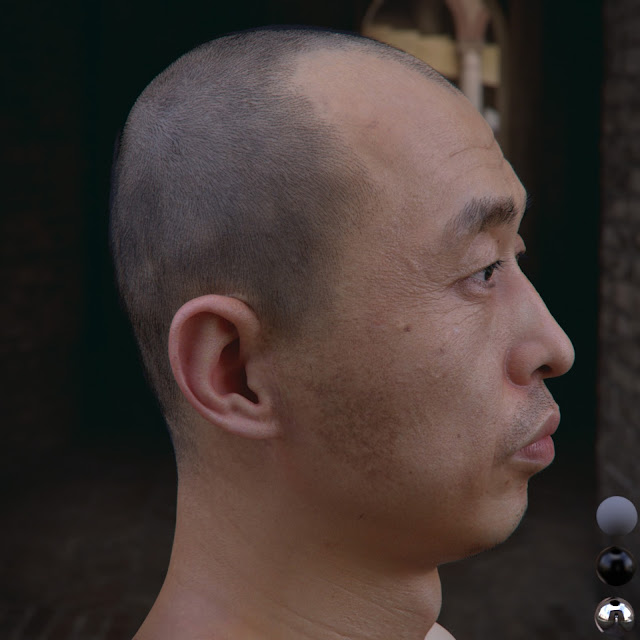 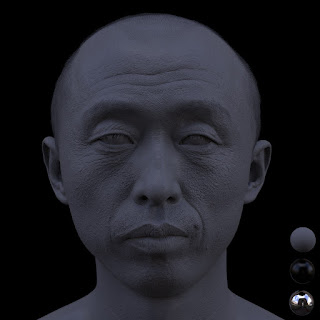 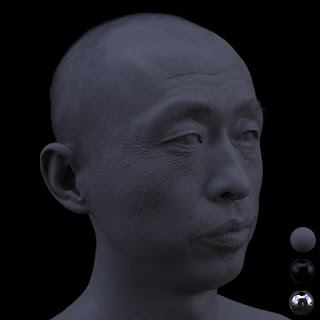 The "Realistic Human Head Study" is a self portrait of Honglong, who created the model and texture maps in Autodesk's Maya; Li then shaded the model using The Foundry's Mari and rendered the final images using Solid Angle's Arnold ray-tracing software.

All three software applications are widely used in movie making, architecture and engineering, but ray tracing is truly the "icing on the cake" for achieving photorealism.
Current 3D video games are rendered in "real-time" (moment by moment) upon relatively inexpensive home computers or video-game consoles. The graphics are painstakingly created by teams of artists who paint permanent lighting and shadows onto 3D images. But the future of virtual reality gaming lies with “global illumination”, which uses ray-tracing to simulate light passing through media like air, water or smoke, then scattering, bouncing, splitting or being absorbed by the various materials it strikes.
Ray-tracing calculates and predicts the behavior of individual shafts of light as they pass through virtual atmospheric pixels and strike virtual surfaces and materials, so it produces highly realistic virtual reflections, refractions, scattering and dispersal effects.

But the massive computational load of real-time ray tracing is beyond the hardware capacities of current consumer-based computers. Thus, this hardware-intensive technology is better-suited for 3D animations that can be rendered in advance, sometimes using entire clusters of powerful computers.

But industry titans like John Carmack (co-founder of id Software and lead programmer of the Doom, Quake and Rage game franchises) have long been tinkering with custom-built ray-tracing engines, so it's really only a matter of time before we start to see commercial exploitation of the technology for consumer-level gaming. In fact, says Epic Games co-founder Ted Sweeney, we can expect video games that are "indistinguishable from reality" by the year 2022. I'm inclined to agree.
Posted by Unknown at 9:14 PM